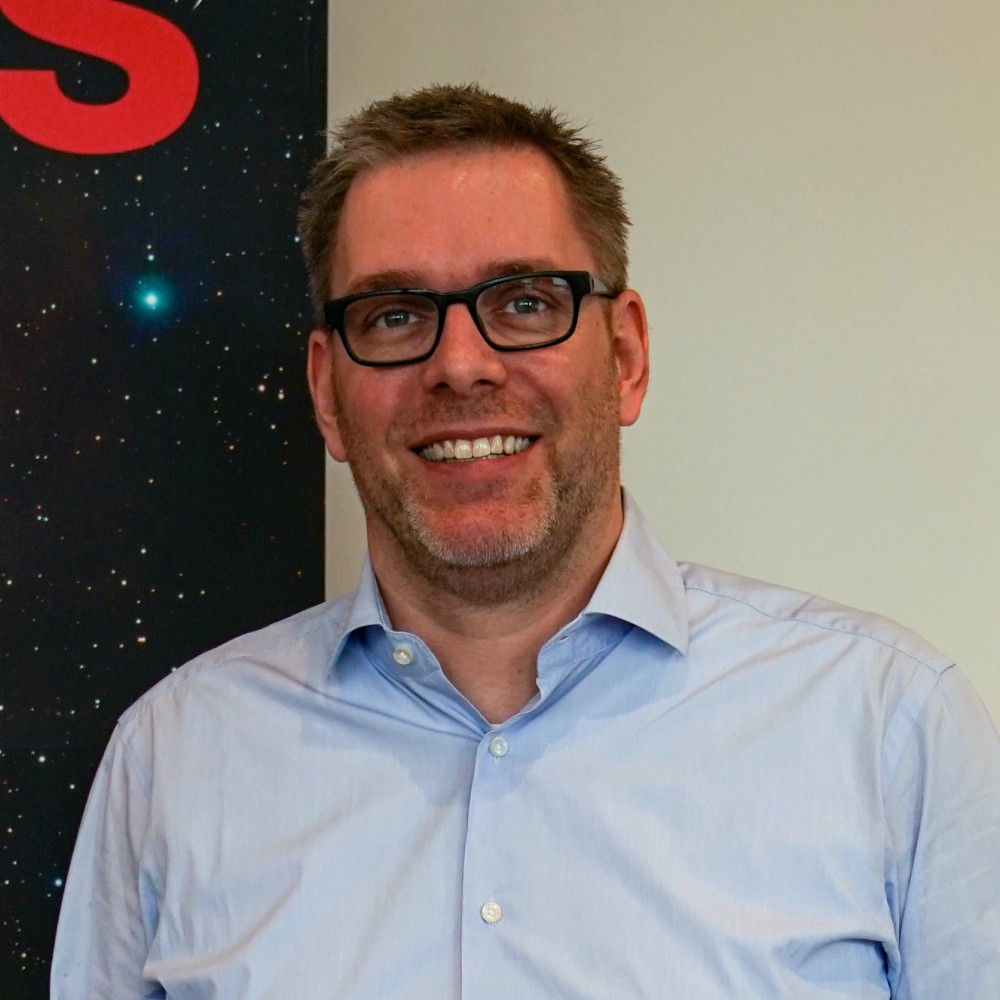 Christopher Broeg is the project manager of the CHEOPS mission at the university of Bern.  … (more)

Christopher Broeg is the project manager of the CHEOPS mission at the university of Bern.

He studied physics at the Technical University Munich and was awarded a PhD in Astrophysics at the Friedrich Schiller Universty in Jena, Germany. Afterwards, he moved as a PostDoc researcher to Bern where he was working on the interior structure of giant planets.

Dr. Broeg was involved from the very beginning in developing the concept for a mini-sat space mission to measure desities of Exoplanets and he was a key member of the team writing the winning proposal for the CHEOPS S-mission. Since then he has been managing the CHEOPS consortium and co-leading the mission together with ESA.

Abstract:
The CHaracterising ExOPlanet Satellite (CHEOPS) is a mission jointly led by Switzerland and ESA… (more)

The CHaracterising ExOPlanet Satellite (CHEOPS) is a mission jointly led by Switzerland and ESA which was selected in October 2012 as the first S-class mission in the ESA Science Programme. CHEOPS will be the first space observatory dedicated to search for transits of exoplanets by means of ultrahigh precision photometry on bright stars already known to host planets. It will have access to more than 2/3 of the sky and provide the unique capability of determining accurate radii for planets of known mass from ground-based spectroscopic surveys. This will allow a first order characterisation of the planets’ internal structure by determination of their mean density, which provides direct insights into their composition. CHEOPS will also provide precise radii for new planets discovered by the next generation of ground- or space-based transits surveys.

To reach its goals, CHEOPS is designed to measure photometric signals with a precision of 20 ppm in 6 hours integration time on magnitude 9 stars, and 85 ppm in 3 hour integrations on magnitude 12 stars. The CHEOPS payload is a single telescope of 30 cm clear aperture, which has a single CCD focal plane detector. In Ritchey-Chrétien telescope optical configuration it provides a defocussed image of the target star. The main design drivers are related to the compactness of the optical system and to the capability to reject the stray light. The nominal CHEOPS operational orbit is a polar Sun-Synchronous Orbit (SSO) with an altitude of 700 km and a local time of the ascending node (LTAN) of 6 am; the orbit inclination is about 98° and the orbital period is 100 min. The nominal mission lifetime is 3.5 years, with a possible extension to 5 years.

CHEOPS will launch as auxillary passenger on a Soyuz from Kourou. The launch is imminent and expected over the next weeks. This talk will review the CHEOPS mission, its scientific goals, mission design and expected performances.