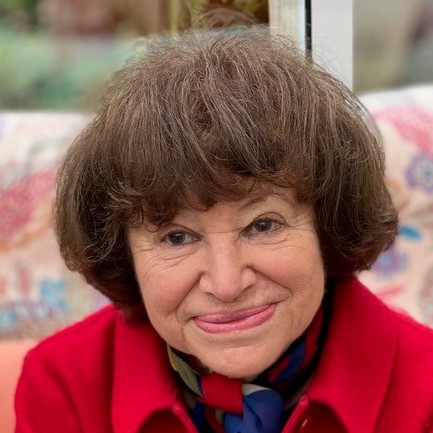 Born in France, Catherine Cesarsky holds a Physics degree from University of Buenos Aires, and a PhD… (more)

Born in France, Catherine Cesarsky holds a Physics degree from University of Buenos Aires, and a PhD in Astronomy from Harvard University. For 3 years she was research fellow at the California Institute of Technology. In 1974, she moved to France and joined the Commissariat à l'Energie Atomique (CEA).  From 1985 to 1993, she was Head of Astrophysics at CEA, and from 1994 to 1999 she was Director of CEA basic research in physics and chemistry. From 1999 to 2007, she was the Director General of the European Southern Observatory (ESO). From 2009 to 2012, she was High Commissioner for Atomic Energy in France, advisor to the French government for science and energy issues. Since then, she is High-level Science Advisor at CEA.

Her main research themes are cosmic-ray production and propagation, the interstellar medium, gamma-ray sources, particle acceleration in astrophysical shocks, and the emission and detection of infrared radiation from astrophysical sources, including deep surveys of luminous infrared galaxies.

Catherine Cesarsky was the principal investigator for ISOCAM, the infrared camera on board the Infrared Space Observatory satellite of the European Space Agency (ESA).  She was also principal investigator of the ITGES collaboration that conducted deep surveys using ISOCAM. As Director General of the European Southern Observatory, she was responsible for the end of construction  and the operations of the Very Large Telescope (VLT), the start of construction of the Atacama Large Millimeter and sub millimeter array (ALMA) and the Extremely Large Telescope (ELT) studies leading to the adopted design.

Among other numerous positions: From 1982 through 1985, she was editor in chief of the journal Astronomy and Astrophysics. From 2006 to 2009, she was president of the International Astronomical Union.  She chaired the committee of science programs of CNES from 2005 to 2013. From 2014 to 2016, she was the Chair of ESA’s Space Science Advisory Committee. From 2013 to 2018 she chaired the High level committee on large scale science infrastructures for the French ministry of research and higher education. Since 2022, she is vice president of COSPAR.

From November 2017 to February 2021, Catherine Cesarsky chaired the Board of Directors of the SKA Organization, and since then she chairs the Council of the SKA Observatory.

She is recipient of the 1998 COSPAR (Committee on Space Research) Space Science Award and of the Tate medal for leadership in physics from the American Institute in Physics (2020) , member or Foreign member of the main science Academies in France, United Kingdom, Sweden, USA, Argentina, and Europe, and of the Academy of Astronautics. She is Doctor Honoris Causa from the Geneva University and honorary Doctor of Science from the University of Cambridge. Catherine Cesarsky is Grand Officier de l’Ordre de la Légion d’honneur, a dignity beyond Commandeur.