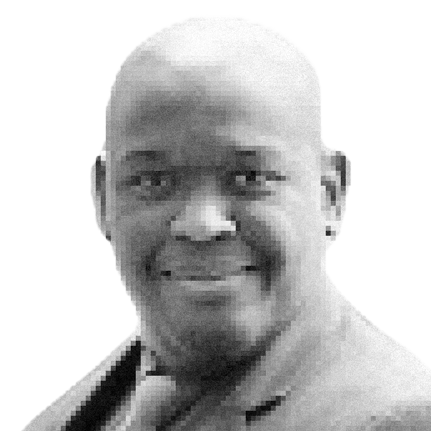 Board Chairman, The Data-Driven Institute

Dr. Tyrone W A Grandison is the Board Chairman of The Data-Driven institute, which is a  public… (more)

Dr. Tyrone W A Grandison is the Board Chairman of The Data-Driven institute, which is a  public health non-profit that helps policymakers create and implement effective programs and policies to solve their most critical problems, using the knowledge of the community, data and technology. More at www.tyronegrandison.org/bio.html.

Abstract:
As a computer scientist and data scientist, this is a nuanced question that requires prinicpled… (more)

As a computer scientist and data scientist, this is a nuanced question that requires prinicpled treatment. There are multiple factors that determine the answer to this prompt. The path that I take is going back to first principles and presenting a framework for evaluation.

- Is trust in science declining? If so, by who?

- What is the role being played by the Internet and fake news?

- Can open science save us?

- How should scientists engage the community?

- What is the responsibility of the scientific community?

Dr Stoepler then introduced the first speaker, Dr Cary Funk, who presented the results from a recent PEW study, which focused on Trust and Mistrust in American views of Scientific Experts. The study highlighted the fact that public trust in scientists increased from 21% (in 2016) to 35% (in 2019), which stands in contrast to other professional groups. There are cross currents in public opinion and further segmentation of the scientific community leads to interesting insights. For example, trust in medical doctors and dietitians is higher than that for environmental health specialists and environmental researchers.

The study showed that the majority of Americans say they are more apt to trust research when the data is openly available. Also, there are divides on how Americans think about scientific experts. Six in ten people thought scientists should  take an active role in public policy. 45% of respondents thought that scientific experts are usually better at making science policy decisions than others; while 55% believed that judgments of scientific experts are based on solely on the facts. Interestingly enough, the majority of Republican participants believed that scientific experts 1)should stay out of public debates; 2)are no different or worse at  making science policy decisions than others; and 3) are just as likely to be biased as others.

Dr Funk concluded her talk by highlighting that most Americans see science as bringing benefits to society and expect more to come.

The next speaker, Jason Reifler (Professor of Political Science, University of Exeter) presented highlights from his European Research Commission funded project, Debunker. About 2 years after the start of the Iraq war, portions of the United States of America still believed that Iraq had Weapons of Mass Destruction (WMDs). In one study, Prof. Reifler sought to understand what it would take to update people's belief. In 2015, he had study participants read the re-election campaign letter from George W. Bush; with half of the study getting an extra paragraph that highlighted that no WMDs were found. The study found that liberals who got the extra paragraph were less likely to say Iraq had WMDs and that conservatives who got the extra paragraph were more likely to say Iraq had WMDs. This is called the "backfire effect". Fortunately, this effect is not universal and was only found to occur in two of five studies. While the backfire effect does occur, it is the exception rather than the rule. In several studies, they were able to show that misperceptions can be corrected. However, this does not necessarily result in changes in behavior.

In another study on fake news, Prof Reifler's team aimed to measure the actual level of fake news in the United States. They discovered that around 44% of the US population visited a fake news website and that consumption of fake news is about 6% of total news consumption. There is an important distinction between spread (supply) of misinformation and how people respond to misinformation (demand). On average, supply is easier to address than demand.

The final two studies that Prof Reifler spoke about focused on the interplay between misinformation and conspiracy thinking.

In the first study, his team compared the effect of an explicit conspiracy message (Zika is intentionally spread to sell vaccines) to an implicit conspiracy message ("who benefits?"). These two messages were roughly equivalent in how they increased conspiracy messages. But this is a low salience issue where people are unlikely to have strong pre-existing attitudes. The second study analyzed the impact of chaning official guidelines for taking medicine. For the most part, people responded to the guidence. However, there was a subset of the population who are so conident in their own knowledge that the guidance made no difference at all. In the end, scepticism is a powerful tool both that aids critical thinking and in the acceptance of science. However, it can also be used to undermne scientific conclusions.

The third speaker, Claudia Aradau (Professor of International Politics, King's College London) advocated for using the crredibility to replace the notion of 'post-truth'. She purported that post-truth was a pernicious trap that has been mobilized to attempt a reconfiguration of positions in different disciplines. The eventual outcome being a hierarchy between different disciplines and areas of sicence and that it marginalizes certain perspectives. Prof Aradau purported that credibility draws attention to the impossibility of a strict separation of internal conditions of sciences and external social and political factors. This means that one can analyze the practices of making, circulating and crediting knowledge, which are neither simply internal nor external to science. Prof Aradnau raised the example of the credibility of big data.

She highlighted that the march towards the extensive use of Big Data and Artificial Intelligence cannot be explained without understanding surveillance capitalism. Using credibility as a base enables us to understand the need for such a discussion. Prof. Aradau's final message was theat credibility can be acquired, it can be challenged and even lost. At the core of how credibility is acquired and lost is critique. She encouraged the integration of not just successes but also failures, not just closed controversies but also ongoing ones.

Next, Alexander Gergber's (Programme Chair / Research Director, Rhine-Waal University / INSCICO) talk was focused on Mythbusting Science Communication. At the start of his talk, Prof. Gerber asked the audience to rate their level of agreement with two statements. At the end of the exercise, Dr Gerber used the results to highlight the fact that the general perception is that both a knowledge deficit and a trust deficit exist between scientific experts and others.

The final speaker was Sierd Cloetingh (President, Academia Europaea), who spoke about the work of his organization, the Science Advice for Policy by European Academies (SAPEA). SAPEA is part of the European Commission's Scientific Advice Mechanism. Together with the Group of Chief Scientific Advisors, they provide independent scientific advice to European Commissioners to support their decision-making. SAPEA brings together expertise in engineering, humanities, medicine, natural and social sciences from across Europe. They also work to raise awareness of scientific advice and evidence in policymaking and to stimulate debate in Europe.

Dr Stoepler opened the floor for questions after Prof Cloethingh's talk. Panellists concluded that there is a need to diversify perspectives, engage stakeholders, and that governance needs to be more upstream and more anticipatory. It was emphasized that inherent in good science is good faith scepticism and that it is one of the things that undermines science communication. Good faith scepticism can be co-opted into bad faith scepticism.