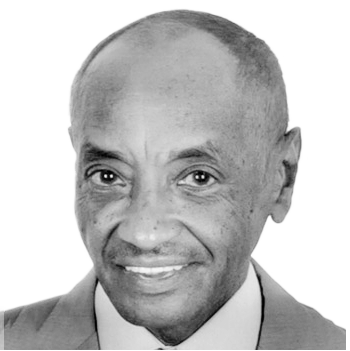 Mohamed H A Hassan is President of The World Academy of Sciences (TWAS), Italy; President of the Sudanese National Academy of Sciences (SNAS), Sudan; Chairman of the Governing Council of the United Nations Technology Bank for the Least Developed Countries, Turkey and Chairman of the International Advisory Board of the Centre for International Development (ZEF), Germany.

He also serves on a number of Boards of international organizations worldwide, including the Board of Directors of Grand Challenges Canada ( GCC ), Canada; the Board of Trustees of Bibliotheca Alexandrina, Egypt; the Council of Science and Technology in Society (STS) Forum, Japan; and the Steering Committee of the World Science Forum, Hungary.

He has a long list of publications in Theoretical Plasma Physics and Fusion Energy; Wind Erosion, Dust and Sand Transport in Dry Lands. He also published several articles on STI in the Developing World.

Among his honours: Comendator, Grand Cross, and National Order of Scientific Merit, Brazil; and Officer, Order of Merit of the Italian Republic. He is a recipient of the G77 Leadership Award and the Abdus Salam Medal for Science and Technology.