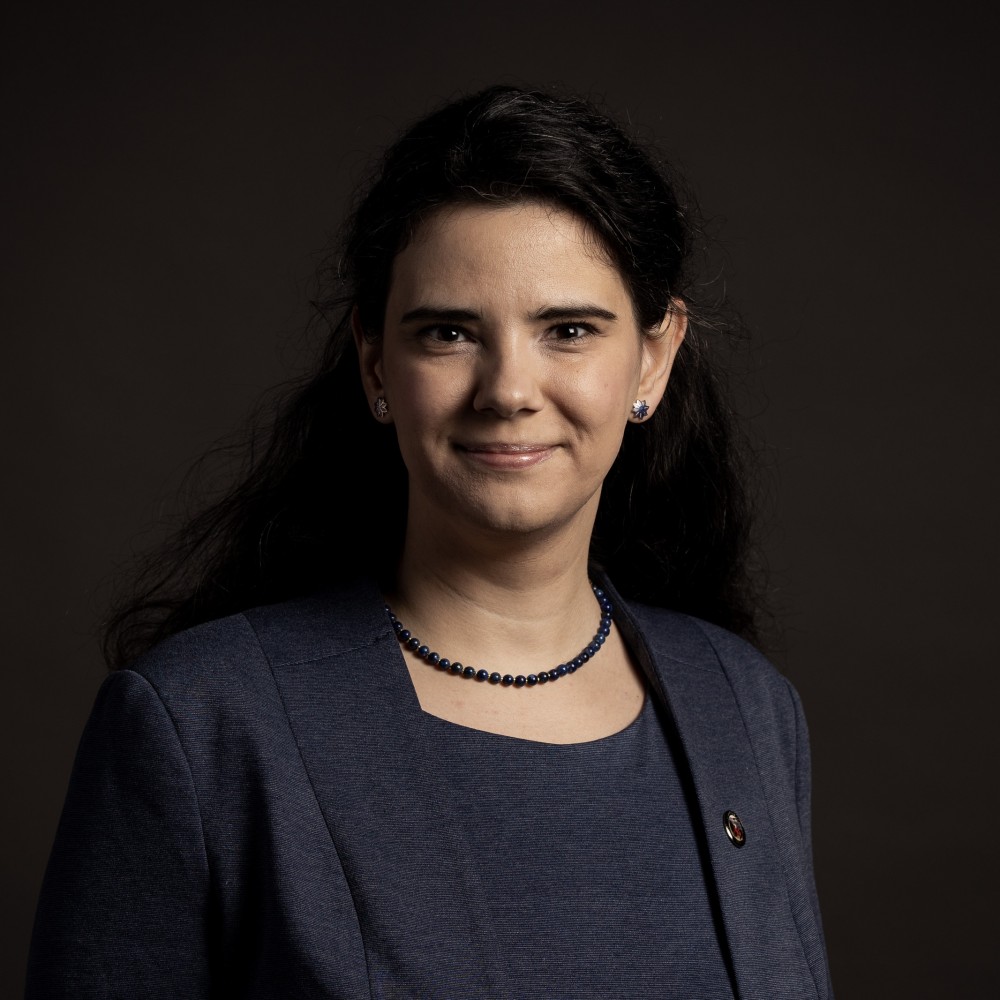 Ágnes Kóspál is an astrophysicist. After obtaining her PhD in Hungary in 2009, she was a… (more)

Ágnes Kóspál is an astrophysicist. After obtaining her PhD in Hungary in 2009, she was a postdoctoral fellow at Leiden Observatory and at the European Space Agency (Netherlands). She is now a tenured research advisor at Konkoly Observatory (Hungary), where whe leads a research group with funding from the European Research Council and from the Hungarian Academy of Sciences. She uses the largest ground-based and space telescopes to study how Sun-like stars and their exoplanetary systems form. She is an internationally recognized expert on young eruptive stars and episodic accretion. She won the Junior Prima prize (2014), the L'Oréal-UNESCO For Women in Science National Fellowship (2015), the L'Oréal-UNESCO For Women in Science International Rising Talents Prize (2017), and the László Detre Award of the Roland Eötvös Physical Society (2018). She is a founding member of the Hungarian Young Academy.

Abstract:
Exoplanet research is one of the most important drivers in modern astronomy. It is a quest for… (more)

Exoplanet research is one of the most important drivers in modern astronomy. It is a quest for accuracy that motivates astronomers and engineers from all over the world to collaborate on more and more complex space missions. Prof. László Kiss, director general of the Research Centre for Astronomy and Earth Sciences (Budapest, Hungary) opened the session by introducing the four speakers, each of whom will talk about space telescopes designed specifically for exoplanet science.

Prof. Jack Lissauer (NASA Ames Research Center, Moffett Field, CA, USA) summarized the main results of NASA’s Kepler mission, which has discovered most of the planets known to humanity. Kepler’s method was to observe transit light curves, i.e. the dimming of a star’s brightness due to a partial eclipse by a planet orbiting that star. Kepler monitored a large number of stars and found several small rocky planets and Neptune-size planets, many of them in multi-planet systems. These results taught us that exoplanets are common but planetary systems are very diverse: no system like our Solar System and no planet like our Earth have yet been found.

Prof. Christopher Broeg (University of Bern, Switzerland) spoke about ESA’s CHEOPS mission, to be launched on December 17, 2019. CHEOPS is a follow-up mission to observe the light curves of stars known to host transiting exoplanets in order to measure the planets’ sizes more precisely. It will also collect the best targets for future in-depth characterization, and will allow 20% of its time for high-precision photometry science in any other fields of astronomy. The ability to re-observe any target makes CHEOPS unique.

Prof. Szilárd Csizmadia (German Aerospace Center, Berlin, Germany) talked about large photometric exoplanet space surveys from CoRoT to PLATO. The CoRoT mission, led by CNES and ESA, provided the first exoplanet discoveries from space, discovered the first super-Earth (an exoplanet slightly more massive than Earth), and more than doubled the number of exoplanets known at the time. ESA’s PLATO mission will target bright stars and aims to detect and characterize Earth-sized planets in the habitable zone around Sun-like stars. These are the exoplanets that may have liquid water on their surfaces.

Prof. Giovanna Tinetti (University College London, UK) explained that we now know of more than 4000 confirmed exoplanets and their numbers are exponentially increasing. These discoveries brought new questions about the diversity of these objects, as well as about their composition, atmospheres, weather, and habitability. ESA’s ARIEL mission, to be launched in 2028, will measure the chemical composition and physical conditions in the atmospheres of about 1000 exoplanets. It will use spectroscopic methods at visible and infrared wavelengths and will help us understand how planetary systems form and evolve.

In the closing discussion, the speakers emphasized that before 1995, the only known planets were in our Solar System. In 2019, Michel Mayor and Didier Queloz received the Nobel prize in physics for discovering the first exoplanet. Their discovery has forever changed our conceptions of the world. We now know that planets are ubiquitous, most stars have them, but we still have not found an alternative for Earth. We have a responsibility to protect our planet.