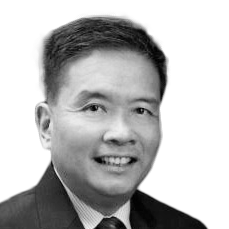 In April 2019, Dr. Lee Fook Kay was appointed as the first Chief Scientist of the Ministry of… (more)

In April 2019, Dr. Lee Fook Kay was appointed as the first Chief Scientist of the Ministry of Home Affairs Singapore (MHA). In this role, he will advise the Minister and Permanent Secretaries on S&T matters, assist the Ministry's S&T in international networking and provide advisories to scientific areas of development in the Ministry.

Dr. Lee has more than twenty years of experience in the CBRE domain and is instrumental in the strategic building and development of CBRE capabilities in Singapore. He started his career in 1989 as a Research Scientist at DSO National Laboratories, an affiliated organisation under MINDEF.

From 1993 to 2003, he headed the Centre for Chemical Defence in DSO. In 2003, he was appointed as the Deputy Director of the Defence Medical and Environmental Institute at DSO to manage defence research and development in the areas of environmental protection, biomedical sciences and human performance. He was concurrently the Director of Chemical, Biological and Radiological Programme.

From 2012 to 2015, Dr. Lee was also the appointed Singapore expert member in the IAEA Emergency Preparedness and Response Expert Group (EPREG).

Dr. Lee's pioneering efforts in building Singapore's CBRE defence research, won him several awards, including the Defence Technology Prize. He was also conferred the credentials of Chartered Chemist by the Royal Society of Chemistry. In recognition of his outstanding contributions to public service, he was awarded the Public Administration Medal (Silver) by the President of Singapore in 2011, and the Public Administration Medal (Silver) (Bar) in 2017.