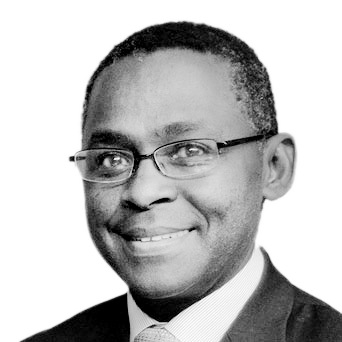 Romain Murenzi serves as the executive director of TWAS, The World Academy of Sciences for the… (more)

Romain Murenzi serves as the executive director of TWAS, The World Academy of Sciences for the advancement of science in developing countries, Trieste, Italy.

He also oversees the administration of OWSD, the Organization for Women in Science for the Developing World with over 7,000 members; of IAP, the InterAcademy Partnership, a global network of some 130 academies of science and medicine; and of GenderInSITE (GIS), international initiative to promote the role of women in science, innovation, technology and engineering

Murenzi initially joined TWAS in April 2011 for five years. He then From 2016 to 2017 he directed the UNESCO Division of Science Policy and Capacity Building in the Natural Sciences sector.

Before TWAS he served as Rwanda's Minister of Education, S&T and Scientific Research (2001-2006), and as Minister in the President's Office in Charge of S&T, and Scientific Research, with responsibilities including ICT (March 2006 - July 2009). In 2009 he was a senior scholar at AAAS Center for Science, Technology and Sustainable Development; he served as director from 2010-2011.

Murenzi was born in Rwanda in 1959 and raised in Burundi: BSc from National University of Burundi in 1982, MSc (1986) and PhD from Catholic University of Louvain in Belgium (1990). He also holds a Master of Laws in Information Technology and Telecommunication Laws (2013) and the University of Johannesburg conferred upon him the honorary doctorate in recognition of his achievements and contributions to society (April 2019). His areas of interest include multidimensional continuous wavelet transforms to quantum mechanics, image and video processing, and science and technology policy.