Science more important than ever

What targets do governments need to meet in order to make the Earth a more liveable place in the twenty-twenties? How should one mitigate the consequences of global warming? What can scientists do so that the outcome of research may be efficiently exploited in political decision exerting a major influence upon the operation of societies, not just in the industries? In addition to learning what scientists should become to have their influence felt to that end? How could one increase confidence in science, strengthen the role of disseminating knowledge and giving advice so that people should not expect their lives to turn better through esoteric mental experiences rather than through well founded personal and political decisions? The participants of World Science Forum (WSF) organised for the seventh time are to discuss those and many other issues in Budapest between 4 and 7 November. 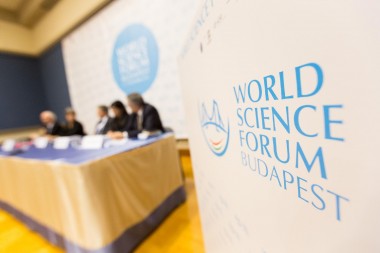 This biennial event is the only scientific forum in the world where the representatives of science engage in dialogue with society at large and policy makers within an institutionalized framework, relying on a complex set of viewpoints. There are a number of conferences in the world available to scientists to present and discuss the most significant findings of their specific or broader disciplines, and for the other side of the participants of the dialogue a lot of specific policy making conferences and forums are open to politicians, decision makers and experts only (think for instance of the series of conferences of the UNO on the protection of the environment, sustainable development, and climate and defence policies). WSF is a special opportunity for counselling differing from the opportunities mentioned above, because it is not organised around a single subject of policy for a peculiar scientific discipline, thus it offers its participants an opportunity to discuss the economic, societal, environmental, social, cultural and ethical aspects of the role of science and the outcome of scientific research.

The biennial World Science Forum was launched in 2003. The conference was initiated by Hungarian Academy of Science and is a joint venture by the most influential world organisations of science. Co-organisers of WSF include: the United Nations Educational Scientific and Cultural Organisation (UNESCO), International Council of Science (ICSU), European Academies Science Advisory Council (EASAC), the World Academy of Science (TWAS), and the American Association for the Advancement of Science (AAAS).

“The message of World Science Forum is that scientific research is important for societies, not just in the direct, material sense that scientific investigations may lead to creating a new device for therapy, or a cellular phone and so on, but in the sense that societal processes that sometimes may take dramatic turns, such as mass migration these days, need to be analysed regularly. It follows that research into the natural and social sciences, and of course, the exploitation of the achievements thereby is equally important”, MTA President László Lovász says about the Forum to be held again in this capital after 2011.

“It is very useful when scientists rally to discuss in public the methods that are available for them to forecast various societal phenomena to some extent, or if that is not feasible, then to have some methods/solutions readily available to analyse such a process with a likely impact on the future of societies, when it sets in,‟ László Lovász the President of the Governing Body of WSF adds. “At the current Forum we are going to map out many of the junctions where science is connected to the society, including issues of the dissemination of knowledge, public confidence in research findings, and their relation to politics. Decision makers being present may utilise the experience of researchers and other participants from various countries in the form of new ideas on how to manage such processes. It is possible and valuable to learn from one another in this respect, by adopting the best practices in our interpretation for the sake of our own culture."

”One of the best markers of World Science Forum is the word worlditself; it is literally a global event. It is not a forum of the developed countries with a focus on Europe and North America, participants come from more than one hundred countries”, Gergely Bőhm, the head of the Department for International Relations of HAS says. The motto or the slogan of WSF this year is ”The Enabling Power of Science”. ”In a wider context the logo is a reference made to a wider context, namely that science opens up new opportunities and routes for societies, industry, and politics. What is meant here is that science is an unavoidable and indispensible tool for a society without which it is not possible for instance to meet the very timely climate targets approved by the UN General Assembly this September on sustainability or those approved in dramatic debates for the Paris summit in December”, the department head explained.

The Forum will be opened in the evening of November 4 by Viktor Orbán, Prime Minister of Hungary, László Lovász, President of HAS, Tibor Navracsics, commissioner of the European Commission for cultural, educational, youth and sport policies, Gordon McBean, the President of ICSU, Flavia Schlegel, the director general of UNESCO, natural sciences, and Rush D. Holt, president of AAAS.

Sustainable development will be on the agenda from the very first day of the conference, but participants will also cover the issues of science communication and public confidence in science. The leading subject on the second day is the relation between science and innovation, the challenges in international cooperation with special regard to climate change and diminishing the risks of catastrophes. At the section sessions the issues of brain research, the epidemics of recent years and their global health hazards, and the current issues of renewable energy sources will be discussed, and a separate session will deal with the International Year of Light or the science diplomacy efforts made by UNESCO over its seventy years of existence to promote peace.

WSF is to close at a plenary session to be held in the upper house of the Hungarian Houses of Parliament where the participants will deal with the scientific grounding of policy making, the challenges of scientific gatherings, and it is here where they will endorse the closing statement of the Forum. The plenary session will be opened by János Áder, the President of the Republic and Irina Bokova, the director-in-chief of UNESCO in the same venue. The event this year will be closed on the 7th of November by a speech to be given by HRH Princess Sumaya bint El Hassan, the president of the Jordan’s Royal Scientific Society, the host of the next WSF event in 2017.

At the plenary sessions, presentations will be heard among other presenters by Hiroshi Amano, a Nobel Laureate for the invention of the blue LED in 2014, János Pásztor, deputy secretary general of the UNO responsible for climate issues, Jacqueline McGlade, chief investigator of the environmental program of the UNO, Geoffrey Boulton, a member of the Royal Society, Axel Flaig, head of research division of Airbus, Naledi Pandor, Minister of Science and Technology of South Africa, Vladimir Sucha, Director-General of JRC, the joint research centre of the European Commission, and Mark Walport, government chief scientific advisor of the United Kingdom. 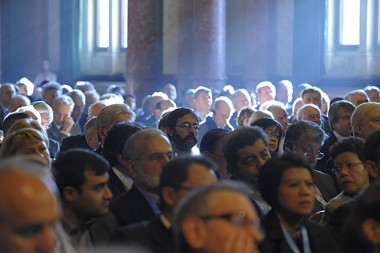 An important novel feature of the Forum in 2015 is that the plenary sessions are to be moderated by prominent journalists. WSF moderators include Philip Campbell, editor-in-chief of Nature, Clive Cookson, editor of the science column of the Financial Times, and Matt McGrath, a BBC News correspondent in environmental affairs. The purpose of the change in format is to enable a vivid discussion between the presenters and the public right after the concise presentations are heard at plenary and thematic sessions.

Besides – as you would expect from such a forum – opportunities for informal talks, ad lib idea sharing in the corridors/lounges are meant to be just as important as the formal meetings of the forum. ”I hope that WSF will assume an important role in strengthening confidence among policy-makers and scientists. I believe that by organising the World Science Forum the whole community of scientists in Central and Eastern Europe will have its voice heard”, HAS President László Lovász says in connection with the program. Gergely Bőhm asserts the significance of WSF since it is an opportunity for strengthening the positive image of Hungary among influential scientists, policy makers from all over the world and is also an excellent chance for the personal discovery of Budapest and Hungary.

World Science Forum was launched at the World Conference on Science in Budapest in 1999. In the aftermath the Hungarian Academy of Sciences in conjunction with UNESCO and ICSU organised WSF again in Budapest in 2003 for the first time. Witnessing a growing interest the Forum was repeatedly held in Budapest in 2005, 2007, 2009 and in 2011. Year 2010 is a turning point in the history of the Forum: WSF's Governing Body decided to have the Forum organised by a non European member country every second time. First in 2013, WSF was organised by the Brazilian Academy of Sciences in Rio de Janeiro, then in 2015 it returned to Budapest only to be followed by the Hashemite Kingdom of Jordan as the next organiser in 2017.