Declaration on Science, Ethics and Responsibility

“We recognise the responsibilities of scientists to conduct and apply science with integrity, in the interest of humanity, for well-being and with respect to human rights.”

“We call for harmonisation and enforcement of standards of conduct of scientific research across borders and across public and private research.”

“We call on the international scientific community to develop new standards for the fulfilment of academic freedom, and to create tools to describe, monitor and measure its integral conditions.”

“We recognize the imperatives for evidence-informed decision-making and a stronger science-policy-practice interface and, therefore, the need for scientists to be trained to communicate their work to decision-makers and the general public.” 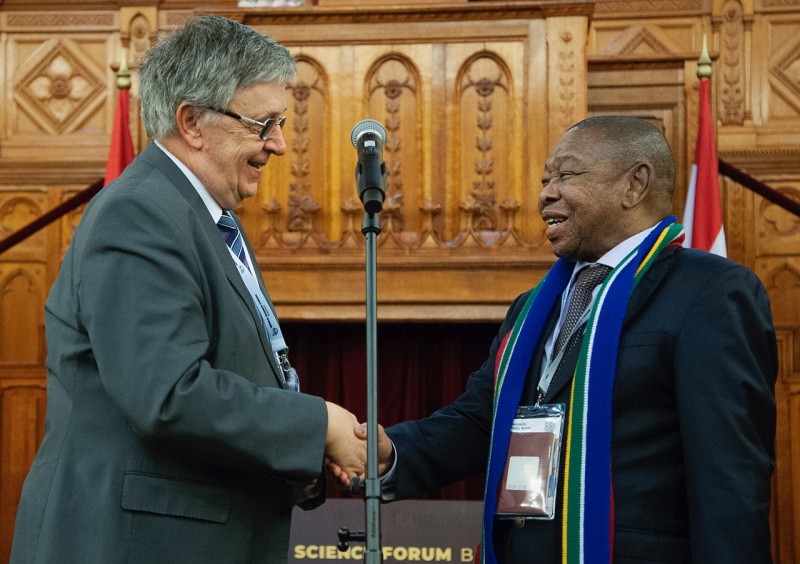 These were just a few of the important recommendation of the 2019 Declaration of the World Science Forum reflecting on the revolution of multiple fields of scientific research coupled with the deep and ongoing change in our societies. The document was endorsed at a ceremonial plenary session of the Budapest conference in the House of Parliament.

The meeting, organized by the Hungarian Academy of Sciences and WSF partner organizations, discussed the future role, funding mechanisms, the conduct and the dissemination of science in over fifty sessions presented by 150 speakers during four days.

After the Budapest Forum, WSF participants will meet again in December 2021, in Cape Town South Africa.

See the full text of the Declaration here.

Read the full text of the Declaration here.