This year's Forum focuses on the ethical problems scientists face and on the responsibility of researchers for the consequences of their scientific results. The organisers wish to consider these important issues in a broad perspective. "When talking about freedom of research we must address questions like: How to share resources between basic research and innovation? How can science funding be made more transparent and just? Why is it so crucial for scientists to take part in the policy making process?" These were the essential messages during president László Lovász's welcome speech.

The World Science Forum (WSF), organized jointly by the Hungarian Academy of Sciences and the most influential international scientific organizations, is taking place again in Budapest this year.

Please click here to see a gallery of the event.

20 and 23 of November, scientists, science policy decision makers and the representatives from the scientific press will be arriving in Budapest from over 100 countries. This marks the 20th anniversary of the first conference that launched the World Science Forum. The 1999 interdisciplinary conference organized by UNESCO and the International Council for Science (ICSU) also included in its agenda the problems of the role and responsibility of science, and the ethical questions of scientific research.

Welcome speech delivered by László Lovász, President of the Hungarian Academy of Sciences

Welcome to the World Science Forum! It is a great pleasure for me to greet you all again in Budapest. It is such an honour for the Hungarian Academy of Sciences and us Hungarians to host over 1000 scientists, science policy-makers, representatives of international and national science institutions, governments and science communicators from 120 countries this year. 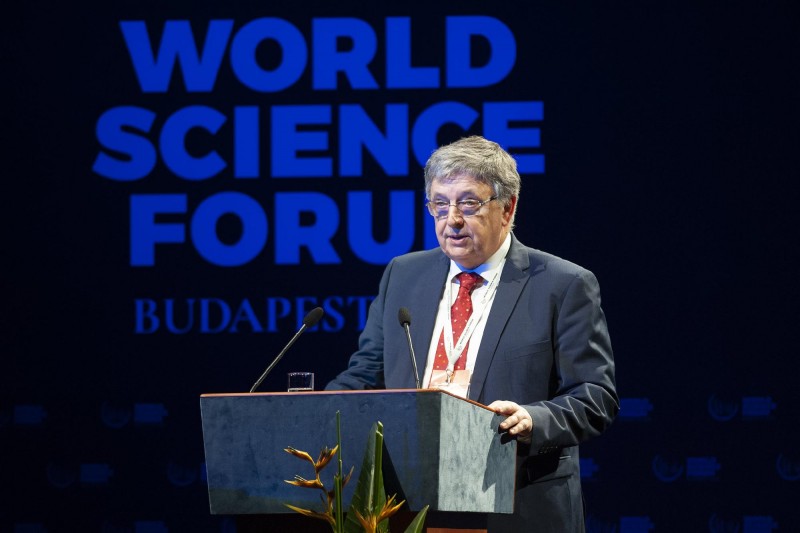 Our programme for the next three days is the joint effort of 150 speakers and moderators, many committed science organisations, and of course most importantly our main partners in the conferences of the World Science Forum: UNESCO, the International Science Council, the American Association for the Advancement of Science, the InterAcademy Partnership, TWAS, the World Academy of Sciences, and the European Academies Science Advisory Council. Your contribution has been the key to this Forum, which we hope live up to the standards of the World Science Forum in Jordan two years ago, which attracted a record number of participants.

That last Forum was chaired by Her Royal Highness Princess Sumaya bint El Hassan, and it is my special pleasure to greet her Highness here in Budapest. It is also a pleasure to greet the scientists and distinguished representatives of the Republic of South Africa, which will host the next World Science Forum in 2021, Dr Blade Nzimande, Minister for Higher Education, Science and Technology.

A new contract between science and society in the 21st century, built on the cooperation of scientists, politicians, leaders of the economy and the media – this was the aim set by the organizers of the UNESCO World Conference on Science, the first intergovernmental meeting to discuss the role of science in 1999. This Budapest event was so successful, that it gave rise to a follow-up conference series; this conference series, organized by the Academy has become the World Science Forum.

I cannot praise enough the wisdom of my predecessors for the launch and for the evolution of this initiative, and the governments that from the last 20 years supported the Academy in this endeavour. The biennial events of the Forum have become one of the most eminent tasks of the Hungarian Academy of Sciences.

Your host, the Hungarian Academy of Sciences, which is almost 200 years old, has gone through a difficult period since our last Forum. Since this September, our Academy no longer manages its own independent research network. However, we still have numerous tasks:

The most important vehicle for this latter task is the World Science Forum. As shown by our previous conferences, the Forum addresses the hottest topics of the scientific community, and decision makers tend to pay more and more attention to the opinions of researchers. The Forum has been gaining significance steadily in the past two decades.

This Forum focuses on the ethical problems scientists face and on the responsibility of researchers for the consequences of their scientific results. We wish to consider these important issues in a broad perspective. When talking about freedom or research, we must address questions like:

When talking about our responsibilities, we must consider issues of proper dissemination of results and of communication of science:

Allow me me to use this last question to demonstrate how it requires the development of new communication techniques, the use of which are imperative in order to spread and popularize scientific results.

There are, of course, several possible answers for the above questions. Even the interpretation of the questions can be subject to a hot discussion, let alone the answers. The World Science Forum’s objective cannot be to provide final, unquestionable answers, but we hope we can contribute thoughts and arguments to the discussion of these questions; a discussion that probably will never end, and perhaps never should.

I hope this random selection of topics from the rich agenda has demonstrated what complex topics determining the future of humanity we will be discussing here together in the following days. I hope the declaration that will be drafted as a result of our discussions will not only be a short summary of the most important thoughts communicated here at the Forum, but it will also serve as a guideline for policy makers.

Budapest meets all the requirements for becoming the scientific center of this region. However, our city is also famous for its versatile cultural life. I would like to urge you to use this opportunity and take part in cultural programs besides discussing scientific problems. The organizers of the Forum did their best to offer rich cultural experiences for the participants during these few days.

Have a nice time in Budapest and I hope your stay will be an unforgettable experience, both in terms of successful discussions at the Forum and a pleasant stay in Hungary.

Science is a building we construct together 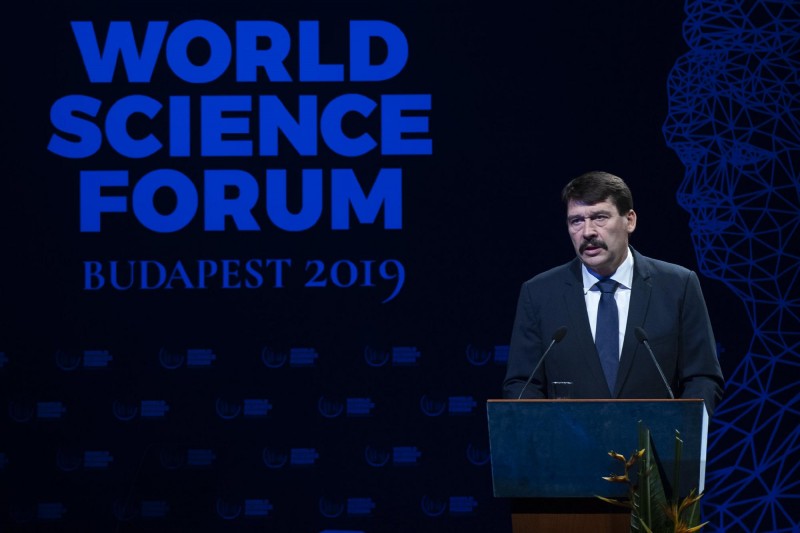 President of Hungary János Áder during the WSF opening ceremony

“Nations do not work in different sciences: we share the building we are mutually constructing. What one begins, the other continues, and ultimately the result can be claimed by all who have contributed to its creation” - said János Áder, President of Hungary, during his welcome speech.