The World Science Forum 2022 is Africa's moment to shine 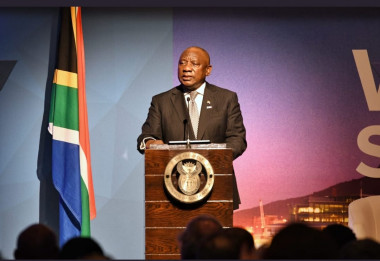 Held under the theme of Science for Social Justice, the biennial forum is taking place for the first time since the Covid-19 pandemic and is being held for the first time on African soil.  It is also happening as South Africa is battling load-shedding and the world at large is facing an energy crisis.

Established by the Hungarian Academy of Sciences, in collaboration with the United Nations' Educational, Scientific and Cultural Organisation (UNESCO), delegates at gathering deliberate on the social and economic relevance, influence and responsibilities of science.  The WSF is a platform for the scientific community, public policy makers and communities to exchange ideas on the growing interdependence of science and society, and how science can help to address global challenges facing humanity.  The WSF 2022 subthemes are: science for human dignity; science for climate justice; science for Africa and the world; science for diplomacy as well as justice in science.

Dr Blade Nzimande, Minister of Higher Education, Science and Innovation, said the African continent had registered significant progress in science.  "We are the origins of humanity and therefore should also cater for the future of humanity," said the Minister, who is also the co-chair of the WSF 2022 Steering Committee.

Opening the forum, President Ramaphosa challenged delegates to ensure that the WSF would not only be a platform for debate, but that it would also result in "concrete action" towards the betterment of lives and livelihoods.  The President called for fair and equal access to scientific innovations and discoveries to close the gap between rich countries and developing economies.  "Science for Social Justice expresses our conviction that inequality within and between countries is neither just nor sustainable.  This event will inspire concerted global action for science to challenge and address inequality, injustice, poverty, environmental destruction and marginalisation," he said.

"As this is the first World Science Forum to take place in Africa, we hope that it will contribute to advancing the African agenda for science, affirming the crucial contributions Africa has to make in enriching global science."

The forum, continued the President, has to demonstrate South Africa's commitment to international cooperation in science.  Moreover, Africa has the necessary collective resources and brain power to play a meaningful role in global science.

By hosting the first WSF in Africa, South Africa is hoping to achieve three key goals: to promote global debate that inspires action; to provide support for African leadership in global science policy discussions; and to promote South Africa as a strategic partner for global science collaboration in response to societal challenges. 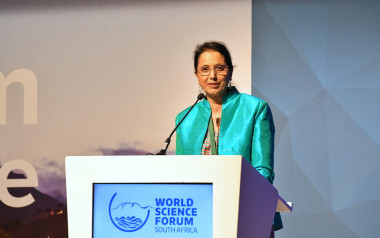 The forum, which runs until 9 December, features a packed programme that includes 28 thematic sessions, which will explore how science could improve lives for all in the 21st century.  More than 900 leading scientists and decision-makers from politics and industry, and representatives of civil society are attending the event. 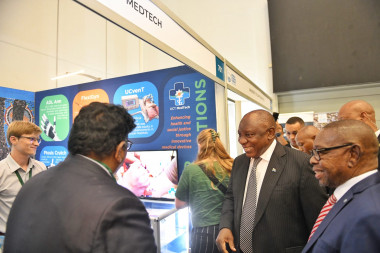