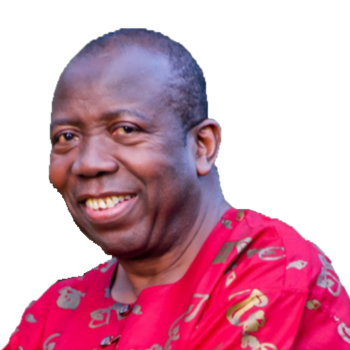 Prof Dakora obtained his BSc (Hons) degree in Agriculture from the university of Ghana in 1977, an… (more)

Prof Dakora obtained his BSc (Hons) degree in Agriculture from the university of Ghana in 1977, an MSc degree from the Unversity of Sydney, Australia in 1981, and PhD in Botany from the University of  Western Australia, Perth in 1989. He currently holds a South African Research Chair in Agrochemurgy and Plant Symbioses at the Tshwane University of Technology, South Africa and he is a Fellow and President of the African Academy of Sciences. In 2012, he won the UNESCO-Equatorial Guinea International Prize for Research in the Life Sciences, and the African Union Kwame Nkrumah Science excellence Continental Award in 2016. He is a member of the Academy of Sciences of South Africa, Fellow of the Royal Society of South Africa and Twas Fellow. He currently serves as Adjunct Professor to the University of Western Australia for the period June 2012 to May 2021. Prof Dakora's research has contributed to our current understanding of the signalling and protectant roles of legume molecules such as flavonoids, alkaloids, amino acids, terpenoids and isoflavonoid phytoalexins, as well as of rhizobial metabolites such as lumichrome, riboflavin and ido acetic acid, especially in plant functioning and the expression of bacterial nodulation genes. He has an individual H-index of 33, and his work has been cited 4876 times peers in the disciple. Prof Dakora is passionate abaout capacity building, and has trained 44 postgraduate students (27 Masters' and 17 Doctorals) from 14 African Countries.

Integrity and Security in the Global Research Ecosystem

Plenary session II. - Science for climate justice - How can science working with civil society lead the way in correcting the failure of climate policy?